Jersey Shore is a reality tv series on MTV that follows the lives of eight housemates at a vacation home: in Seaside Heights, New Jersey in seasons one, three, five and six, South Beach, Florida in season two and Florence, Italy in season four.

The show became a pop culture phenomenon, with classes and conferences at universities about the show, and journalists listing it as one of the most notable shows of the time. The Shore franchise spawned several international adaptations in other countries. Four of the Jersey Shore cast members received spin-off shows on MTV, with the most successful being Snooki & JWoww. Most of the cast would go on to appear in other reality programs or receive their own shows on various networks. 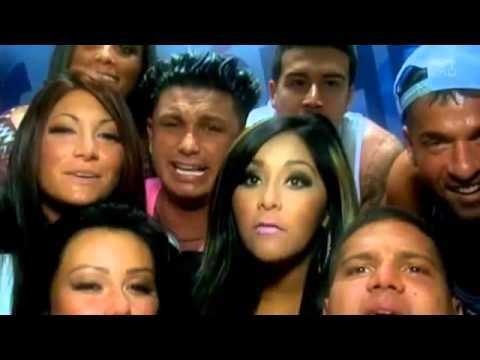 We're an encyclopedia run and maintained by people just like you! Created by fans, for fans, this community is dedicated to building a comprehensive and informative guide to the MTV reality television series, Jersey Shore and its spinoffs Snooki & JWoww, The Pauly D Project, The Show with Vinny, and the ongoing Jersey Shore: Family Vacation.

Retrieved from "https://jerseyshore.fandom.com/wiki/Jersey_Shore_Wiki?oldid=5791"
Community content is available under CC-BY-SA unless otherwise noted.